Born at Thorpe St Andrew, on 27 February 1811, daughter of Thomas and Mary

Brightwell. Lucy studied etching under John Sell Cotman and became a skilful copyist of etchings by old masters, including Rembrandt and Dürer. She exhibited her etchings only once at the Norfolk and Norwich Art Union, in 1839. She also produced landscape compositions from nature, some of which are dated between 1842 and 1848. She is known to have produced at least thirty-five etchings. An almost complete set of etchings and thirty-two of the copper plates are in Norwich Castle Museum and Art Gallery.

Lucy produced illustrations for her father’s 1848 book Sketch of a Fauna infusoria for East Norfolk. A deeply religious woman, her own writings ‘tended to the religious and moral, as well as the mental improvement of the young’ (Norwich Mercury, 1 May 1875). She produced more than twenty, mainly biographical, works between 1854 and 1857, some published by the Religious Tract Society. Her first and most significant publication was Memorials of the Life of Amelia Opie Selected and Arranged from her Letters and Diaries and other Manuscripts (1854). Mrs Opie was a family friend, and Thomas Brightwell acted as her executor. Following the death of her father in 1868, Lucy Brightwell wrote ‘out of the abundance of the heart’ Memorials of the Life of Mr Brightwell of Norwich (1869), for private circulation. By 1864 the first signs of cataracts appeared which eventually led to blindness. In 1874 Lucy Brightwell was ‘Attacked … by disease of the brain [and] sank after eight months of severe suffering’ (Norwich Mercury, 1 May 1875). She died on 17 April 1875 at her home in Surrey Street and was buried on 22 April at the Rosary cemetery, Norwich.

Find out more: You can see a Cecilia’s Diary at Norfolk Record Office, NRO, MS 69 ,  newspaper articles about and written by Cecilia in the Norfolk Heritage Centre, and works held by Norfolk Museums and A 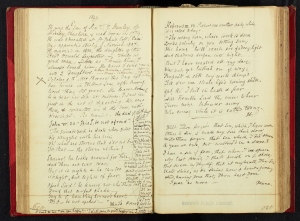 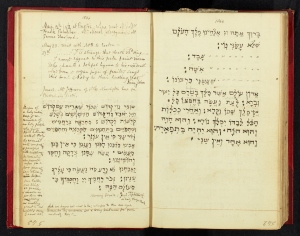